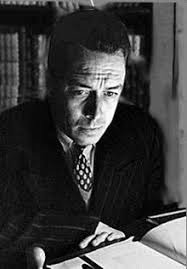 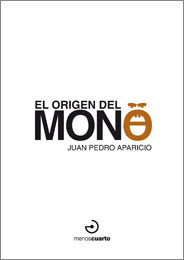 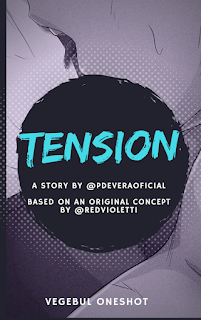 Bulma snorted and turned the wrench again, irritated. It had to work, somehow she had to get that...

Damn it, she thought, angry, as she shook her hand in pain at an inopportune twist of her wrist.

I can't believe it…

"Ah, woman. I see that you have finally set to work on my machine…"

Like a spring, Bulma stood up as she heard his voice behind her. Slowly, her head turned until the newcomer entered her field of vision. The woman cursed low - that day, she wasn't exactly in the mood to put up with nonsense. Not after sending Yamcha packing for once and for all…

"What did you just say, Vegeta?", she syllabled, very slowly.
The warrior, for his part, did not even seem to be impressed by her tone, but took a couple of steps forward, folded his arms and chuckled at her:

"I'm saying that at this pace I'm going to get old before you finish this damn room, don't you think?"

Bulma clenched her fists, noticing how the wrench on her right hand painfully stuck in her palm under the working glove. She took a deep breath through her nose, mentally counted to five... And she exploded without being able to avoid it.

"Look, Vegeta! Either you get out of here right now, or I swear to God I'll smash this wrench in your head!" she shouted at him, turning completely.

That outburst changed Vegeta's face in a second and it showed the irate red rising to his face.

"Excuse me, woman? Who do you think you're talking to?"

Bulma pointed at him with an accusing finger.

"I'm telling you, don't give me that bullshit, you insolent bastard who only commands, offends and loafers!" Bulma continued, without any fear. "So get out of my sight! Now! And let me work in peace!"

Without moving, Vegeta grunted audibly and pressed his fingers against his forearms, repressing the desire to strangle her right there because of that manifest disrespect for his person. He, a prince... The prince of all Saiyans. How dare that vulgar woman throw him out?

Hence, seen and unseen, the warrior advanced with two strides until he reached Bulma's position, resting his arms on the wall of the command centre of the room, on both sides of her small body - blocking her escape.

"You stupid earthling! Watch your tongue," he recommended, furious, a few inches from her face. "Don't you dare speak to me like that, or you'll regret it!"

Bulma looked at him, frozen for two seconds that seemed eternal. But after that brief lapse, she frowned, threw her hands forward, and did something she would never have imagined under more relaxed circumstances. She took him roughly by the shirt, pulled him towards herself... And she kissed him.

It wasn't a tender gesture, rather a very unromantic statement of intent, but the young scientist shuddered almost unwittingly as their faces finally separated and their glances crossed again.

"So!", Bulma shouted at him, rudely releasing the fabric. "Here's what this earthling is able to do with her tongue, you spoiled little prince. Any other complaints, or are you going to let me work in peace?"

Vegeta looked at her, stunned and not knowing what to do. Suddenly, it was as if something had exploded without consent in his head and, for some reason, the warrior was unable to think properly. And when his sober part had told him to slam out, the instinctive part suddenly prevailed over everything else. Causing Vegeta's hands to clutch Bulma's hips and draw her to his turned body from one moment to the next.

When their lips fused again, Bulma opened her eyes wide, incredulous. At no time had she imagined such a turn of events. For the truth's sake, her only impulse had been to try to get rid of him by doing what he detested most in the Universe: having physical contact with an earthling. But every coherent thought was diluted when his tongue began to run along the inside of her cheeks. Bulma rolled her eyes, threw her arms around his neck, and passionately kissed him back. Was it on their bodies, or was it suddenly getting very hot in that room?

After a few minutes of recognizing each other's body against the half-finished control panel, Bulma asked Vegeta to wait for a second and went to lock the door. If anyone found them in such a situation... However, Bulma had already decided that she was not going to waste the opportunity to have an encounter with Vegeta alone.

When she returned to her initial position, Vegeta took her by the waist. But, to the woman's surprise, he did not embrace her head-on, but rather, with less rudeness than Bulma had expected, turned her around and girded her back to him, taking off her work shirt just a second later. Bulma gasped. That was getting out of control, but she was the first to hunch back when he bit her neck and held her breasts in one hand, all in one. The black top that the woman wore as a bra was beginning to slide towards her waist, leaving her nipples in sight.

The moment Vegeta turned her over again and began to descend, kissing, licking and nibbling every inch of the young woman's skin and curves, she clung to the metal on her back and watched him do it, noticing her lingerie loading with moisture as he reached the floor and knelt in front of her. "Kneeling?" she thought with some innocence, wrapped in her own cloud of pleasure. He looked at her at that moment with a strange expression and his face a little red. "Embarrassed? Excited?" Bulma elucidated, not daring to open her mouth except to pant, anxious to know what would come next.

Vegeta, for his part, noticed his crotch getting so hard that he thought the fabric of his trousers was going to burst from one moment to the next. In his dull little head, there was only room for one wish: to tear off Bulma's clothes, in tatters if necessary, before making her of his own against the control panel of the gravity room. Her blue irises, loaded with badly repressed desire, called him from the height. And the warrior thought no more of it.

So, without haste but without stopping or even breathing, Vegeta threw his hands forward and began to take off the young scientist's trousers, while she took off her top and bracelets. As he ascended, the Saiyan lowered his pants in a single movement while Bulma stretched out her arms to remove his shirt. Vegeta then pressed against her, kissing her again without delicacy, before putting a hand between her legs. It was wet, very wet over there, and that aroused him very much. The woman moaned and whispered his name, making the warrior even more excited as his fingers rose and brushed her pleasure spot. Without opposition, Bulma let herself be lifted by Vegeta, his hands clutching her buttocks, before embracing his hips with her legs and beginning to notice, as in a dream, his virile limb entering her. It was not abrupt, to Bulma's surprise, but slow and cadenced, making their bodies perfectly accommodate each other.

Thus, leaning against the control panel of the room, the spontaneous lovers let their containment dilute between gasps and groans, more and more intense. At least until the moment when Bulma brought her lips to Vegeta's ear and whispered, almost unaware of what she was doing:

If he was surprised by that request, he barely let it shine through. Without delay, the warrior lowered Bulma to the ground, moved away and let himself be guided to a nearby area cleared of tools. Once there, the Saiyan lay down on the ground and let Bulma do without opposition. In fact, when he saw how she moved over him, the warrior almost had to bite his fist so as not to scream with pleasure. Exhausted, he watched as the curves of the young woman waved in the dim light of the room under construction, as he felt the end inexorably approaching. And that's when he himself, almost without warning, stood up, grabbed Bulma by the waist and whispered, excited:

The woman looked straight at him, almost without seeing because of how close she was to orgasm; but, like him at the time, she did not renege on his request, but immediately lay on her back on the ground and let him ride her in turn, anxious like a bull about to come out into the ring. When the climax came for both of them, Vegeta forced himself to bury his final groan on her lips. He felt too replete to be true.

In fact, as soon as they both caught their breath and separated, they stared absorbed at the ceiling for almost an entire minute, not daring to look at each other. The first to turn her head in the direction of her lover was Bulma, just before she dared to bring her fingers closer to his. Only a few centimetres separated them. And yet the woman must not have been surprised when that simple rub had the same effect on Vegeta as if he had been punched. The warrior almost slammed his hand away, then stood up without looking at Bulma. In tension, she contemplated how the Saiyan sat for a moment, also tense, looking at no particular point before getting up without further ado and getting dressed. At no point did Vegeta turn to look at her. Bulma observed him as paralyzed throughout the process. Even as he approached the door, unlocked the bolt and stepped out, the woman was unable to say or do anything to hold him. Something inside her told her it was better this way.

When the door closed behind Vegeta, the young scientist exhaled forcefully through her mouth, still lying on the floor, and looked around her. The room was a complete mess and she was feeling tingles on every pore of her skin just by evoking the touch of Vegeta, but she had to surrender to the evidence.

Probably, she reflected, that would not happen again.
It had been a moment of tension, which had erupted between the two of them and, well, had crystallized like a desperate fuck. Both, by the odds of life, felt very lonely. Maybe it was what it had to be: two adults looking for the warmth of another creature, if only for once in their lives.

As she got up and dressed to go back to work, Bulma tried to stop thinking about Vegeta. When she saw him again, she should have a clear mind and not fall back into that temptation.

Most likely, she thought with irony and, at the same time, with a twinge of pain in her soul, it wouldn't even cross his mind to humiliate himself again with an average earthling mortal.

But little could the young heiress of Capsule Corp. imagine how close she was to err in her assumption.